“As the use of encryption continues to rise, defenders need some light in the darkness to separate legitimate behaviour from malicious activity when decryption is not an option,” said Brian Dye, Chief Product Officer for Corelight. “This is not simply about detections, this is about a layering of data and insights that our customers need to access in order to make critical security decisions.”

Features, and the relevant MITRE ATT&CK category each covers, include:

“The Corelight Encrypted Traffic Collection originated through deep customer partnerships that have allowed us access to real world network environments,” said Dr. Vern Paxson, Creator of Zeek and Co-Founder of Corelight. “With this data, we can now offer a collection of insights that will help to better inform our customers on the right steps to take in their threat hunting and in their security incident response.”

The company also released a new version of  Corelight App for Splunk to better facilitate network-based threat hunting in Splunk. The free app analyses Corelight logs to surface leading indicators of security risk across dozens of protocols such as DNS and SSL and aggregate Zeek notices and intel hits in a central dashboard.

“Whether with Microsoft’s upcoming Azure Virtual network TAP or agent-based packet brokers, the Corelight Cloud Sensor for Microsoft Azure brings a common data format across all customer environments, whether they are operating with on-prem, virtual or cloud networks,” said Dye. “This enables security teams to use a consistent downstream analytics stack and find attackers regardless of environment.”

Can printers be a security solution or are they a point of vulnerability? 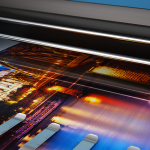