“Following a frustrating increase in 2018 – largely caused by an explosion of data compromise ‘bust out’ events – much of Europe has once again turned the tide on fraudsters, achieving a combined 2% overall reduction,” said Toby Carlin, Director of Fraud Consulting in EMEA at FICO. “British consumers should be reassured that the United Kingdom achieved the largest single reduction in fraud at 8%. This is a testament to the anti-fraud activities and investments by UK banks, which reduced fraud losses in 2019 by £52 million – that’s a million pounds every week.”

2019 was a strong year for many European countries in reducing basis point fraud losses (a ratio of fraud losses to card sales), against the backdrop of increased transactional volume and value in 2019. But there were also some worrying increases. Most notably, France and Italy saw the largest value increases and were together responsible for 71% of the monetary loss increases across the 18 countries studied. 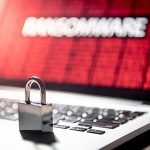