Cyberattacks on Internet-connected devices continue to rise at an alarming rate due to poor security protections and the use of automated tools by cybercriminals to exploit these vulnerabilities, according to the latest Nokia Threat Intelligence Report.

The report found that Internet-connected, or IoT, devices now make up roughly 33% of infected devices, up from about 16% in 2019. The report’s findings are based on data aggregated from monitoring network traffic on more than 150 million devices globally where Nokia’s NetGuard Endpoint Security product is deployed.

Adoption of IoT devices, from smart home security monitoring systems to drones and medical devices, is expected to continue growing as consumers and enterprises move to take advantage of the high bandwidth, ultra-low latency and fundamentally new networking capabilities that 5G mobile networks enable, according to the report.

The rate of success in infecting IoT devices depends on the visibility of the devices to the Internet, according to the report. In networks where devices are routinely assigned public facing Internet IP addresses, a high infection rate is seen. In networks where carrier-grade Network Address Translation is used, the infection rate is considerably reduced because the vulnerable devices are not visible to network scanning. 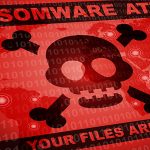