A cybercriminal group has posted what it claims are documents stolen from Hackney Council in a ransomware attack which took place last year. The council in East London was hit by what it described as a ‘serious cyberattack’ in October. It reported itself to the data watchdog due to the risk criminals accessed staff and residents’ data.

The council said it was working with the UK’s National Cyber Security Centre (NCSC) and the Ministry of Housing to investigate and understand the impact of the incident. Although the extent of the data breach was never confirmed by the council, a criminal group known as Pysa/Mespinoza by security researchers has now published what it claims to be a range of sensitive information held by the authority.

The file names of the documents suggest the stolen files contain sensitive information, although Sky News has not downloaded the information to verify it. These documents were posted on a darknet website hosted by the criminals in which they list their victims and publish stolen data for extortion purposes.

Tim Mackey, Principal Security Strategist at the Synopsys CyRC, said: “Whenever an organisation is in the position of dealing with a demand of ransom from a cyberattack, the time for securing data has passed. At best there is a hope the attackers will do as they state and not release the data, but there is nothing to say that copies didn’t otherwise exist, and the attackers view the ransom as but one of a number of revenue streams associated with the data.” 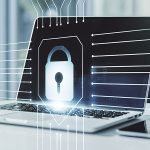