Former British Ambassador Andy Garth has joined cybersecurity vendor ESET as Government Affairs Lead after a successful career as a dedicated public servant and diplomat. Experienced in international affairs, Garth has built partnerships and alliances across the spectrum of diplomacy, business and politics in many countries.

After enjoying over a dozen foreign assignments, including technology hubs like Taiwan, South Korea and India, as well as Belgium – the European Union’s political and administrative hub – Garth’s final appointment was British Ambassador to the Slovak Republic.

As a diplomat working toward a safer and more prosperous world, Garth’s roles alternated between political and business support focused positions. In his role as a regional Chief Operating Officer for UK Trade and Investment, he encouraged significant increase in business between the UK and the Central and Eastern European regions.

Garth added that: “I am delighted to be joining one of the world’s largest cybersecurity firms at a time when the huge benefits of the digital era risk being undermined by those that want to do harm. I look forward to working with our partners in government bodies across the globe as we collectively defend against both present and future cyber threats.”

The jump to tech is more of a return, as Garth’s early career saw him work as a science and technology officer at the British Trade and Cultural Office in Taipei.

Ninety One chooses Auth0 as foundation for Digital Transformation 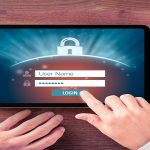 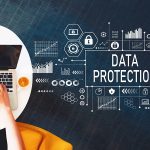 Every day is a new data protection day