Digital TransformationEnterprise SecurityIntelligent TechnologyResearch
Manda Banda  | 20 May, 2021
Kaspersky has released an overview of the cyber and IT security threats faced by the United Arab Emirates during the first six months of 2019

The global insights reveal that Trend Micro blocked 62.6 billion threats last year, 91% of which were email-borne. The findings also cited an average of 119,000 cyberthreats detected per minute in 2020 as home workers and infrastructure came under new pressure from attacks.

The report also shows that home networks in the UAE were a major draw for cybercriminals looking to pivot to corporate systems, devices and networks.

Majd Sinan, Country Manager, Trend Micro UAE, said: “Last year brought unprecedented challenges when it came to cybersecurity as organisations across all industries adapted to forced Digital Transformation that was caused by the pandemic. This year has set new benchmarks and it is imperative to look at threat postures from a holistic perspective to be able to combat with modern day attacks. The findings from our annual security report will serve as strategic guidance for CISOs in the country to better protect and steer their organisation in the digital era.”

In its efforts to ensure secured Digital Transformation journeys of organisations in the UAE, Trend Micro has been working closely with public and private sectors to create awareness and bridge the gaps. The company has launched its Trend Micro Vision OneTM platform to empower security teams in adopting a new approach that goes beyond – to provide enhanced visibility, threat intelligence, with extended detection and response at every layer of their IT environments 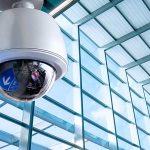 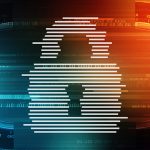