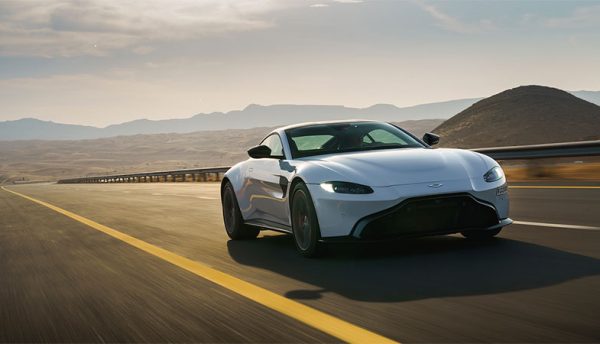 Aston Martin races ahead on the road to cybersecurity

Aston Martin Lagonda required a solution that would seamlessly perform across different operating systems and have robust APIs for seamless integration across the tech and cybersecurity stack. It selected SentinelOne to do this and to protect a century of motoring heritage and replace legacy anti-virus.

Founded in 1913, Aston Martin has been creating exceptional automobiles built with the value of beauty, craft and art for more than a century and has become the epitome of luxury British heritage.

Challenged by the escalating threat landscape, Aston Martin made a significant investment revolutionising its cybersecurity program with cloud-delivered Artificial Intelligence to replace legacy antivirus. Legacy antivirus was no longer fit for purpose in protecting against modern malware and the growing prevalence of ransomware attacks. In addition, legacy antivirus required too many employees to manage while obstructing Aston Martin Lagonda’s end-user computing experience. With a complex IT landscape, including Windows, Mac, Linux, and Cloud Workloads, as well as high-specification CAD, CAE and design production workstations, Aston Martin Lagonda needed a technology solution that would seamlessly perform across different operating systems and have robust APIs for seamless integration across the tech and cybersecurity stack.

“We couldn’t have any solution that was going to get in the way of our users, particularly our engineers and designers,” said Steve O’Connor, Director of Information Technology, Aston Martin Lagonda. “We wanted a platform that was simple to use and almost invisible to the users, but would give us complete confidence and security. Most of all, we wanted something future-proof as Aston Martin Lagonda continues constantly innovating.”

“We were impressed by how quickly SentinelOne had come to lead the enterprise security market with capabilities we didn’t see from any other vendor,” continued O’Connor. “After a shortlisting process, three vendors went on to proof of concept. During this process SentinelOne clearly differentiated itself, showing marked leadership against other well-established vendors. We saw unrivalled protection and very low numbers of false positives all while receiving positive responses from users across all operating systems.”

SentinelOne’s Singularity Platform is a product-first approach, powered by award-winning patented AI and Machine Learning. The solution is able to not only prevent attacks, but also autonomously reverse any threat, freeing up technical staff and giving peace of mind that no threat slips through. Aston Martin Lagonda was able to take this peace of mind to the next level with SentinelOne’s Vigilance MDR (managed detection and response) service, delivering global 24/7/365 SOC scalability and protecting against even the most advanced threats.

“Almost immediately during the proof of concept, SentinelOne emerged as the solution for us. The rollout was even easier than we expected, despite our complex landscape. Watching the SentinelOne platform tackle threats head-on – that our existing legacy antivirus missed – was a great moment for the team,” said O’Connor.

Aston Martin Lagonda joins a raft of recent customers that have selected SentinelOne to replace legacy and next-generation antivirus. The company has seen exceptional growth in the UK and across EMEA, among others securing tens of 50,000+ endpoint enterprise wins from leading financial services, retail, manufacturing and governments in the past few months.

“To be entrusted with securing Aston Martin Lagonda’s workforce, platforms and systems is an honour. We’re confident SentinelOne’s patented approach not only delivers unrivalled levels of protection and visibility, but also lives true to the experience we provide more than 4,000 leading enterprises worldwide. With SentinelOne behind the wheel, Aston Martin Lagonda takes its cyberdefences to new levels while saving time and operational costs in running a global cybersecurity operation,” said Nicholas Warner, Chief Operating Officer, SentinelOne.

Steve O’Connor, Director of IT at Aston Martin, tells us more about the SentinelOne solution and how it benefitted customers.

Why did you select SentinelOne as a vendor?

Before implementing SentinelOne, we used a standard anti-virus with lots of different policies for different workloads that were complex. WannaCry, however, prompted us to consider why we weren’t affected when so many others were. Luckily, we have a rigorous patching schedule in place so avoided a devastating attack through this, but it prompted the question: would our legacy anti-virus have been capable of stopping the attack?

We used a third-party provider that looked at the market to put forward vendors for us to review. We took on three to four initially and looked at key requirements that we needed within the business, which was mainly around AI and Machine Learning. One of our account managers within the IT space was moving companies, and off the back of a conversation with him, we added SentinelOne to the proof of concept mix.

Our complex workloads range from standard office through to computer design and engineering, so we needed something that works consistently across all of them. It became apparent quite quickly that two of the vendors were pinging us with lots of alerts over a matter of two days and giving us a lot of false positives – which wasn’t what we wanted.

However, after a small ransomware outbreak at one of our sites, we needed hands-on support and SentinelOne was immediately on it – dispatching an expert to site and giving us the go-ahead to roll the client out. In using a combination of what the solution was capable of to remediate the threat and the rollback feature, we had it all wrapped up in a few hours. Alongside this impressive handling of a real-life situation, SentinelOne is keen to get your feedback as a customer to truly understand what you’re seeing so that it can further improve its products. It was just the perfect solution for us at that point.

How has the solution improved operations/efficiencies and how has it benefited customers?

In just two to three months of using the SentinelOne solution, we had completed the move to the cloud, as well as starting to address the complex process of migrating server workloads to SentinelOne. This meant we were able to hit the ground running and protect our users from the get-go, without remediating alerts every minute or so. In using Vigilance, our server and client infrastructure is protected by SentinelOne, moving from a legacy AV solution with lots of different policies to something that was several generations ahead of what we were initially using. Vigilance was the simplest and most straightforward answer which allowed the team to work efficiently by consolidating alerts into one accessible solution. The benefits this gives to our team and customers is tangible. Not only have we freed up the teams’ time by allowing it to get on with its day to day job, rather than ploughing through lots of alerts – we also have an added benefit of being able to access expert help on-demand should the need arise.

How has the solution future-proofed operations and where does the company plan to go from here?

A key focus for us is our future IT function and our IT strategy going forward within the business and supply chains. With new vehicles, such as connected cars, cybersecurity has become one of the key focal points for car companies and, especially for us with the incumbent regulations, this places a real spotlight on security and protecting the brand, as well as customer data.

The brand is an enormously important consideration when thinking of future-proofing operations. It’s the thing that keeps us where we are and so protecting this is a big focus for us. If we experienced a breach and lost customer data, you’d want to avoid being the person explaining what had happened, as the damage to brand reputation would be huge. However, protecting the manufacturing process is slightly more straightforward in some senses, as you know exactly where the data is and what you’re trying to achieve with this data.

As data continues to generate at such a rapid pace, humans won’t be able to keep up. As a relatively small company, we need to continue to deliver and stay ahead of the trends. Starting with day-to-day IT, we want to delve deeper into unlocking what AI and Machine Learning can bring to the table in helping us automate processes and keep up with the data workload. Our CAD engineers, for example, are designing at double their data sizes now, which leads us to wonder what we can do with AI and Machine Learning around data lakes, warehouses and most importantly, how we can utilise insights from these to further our knowledge of the threat landscape moving forward. 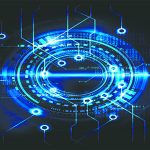 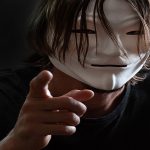 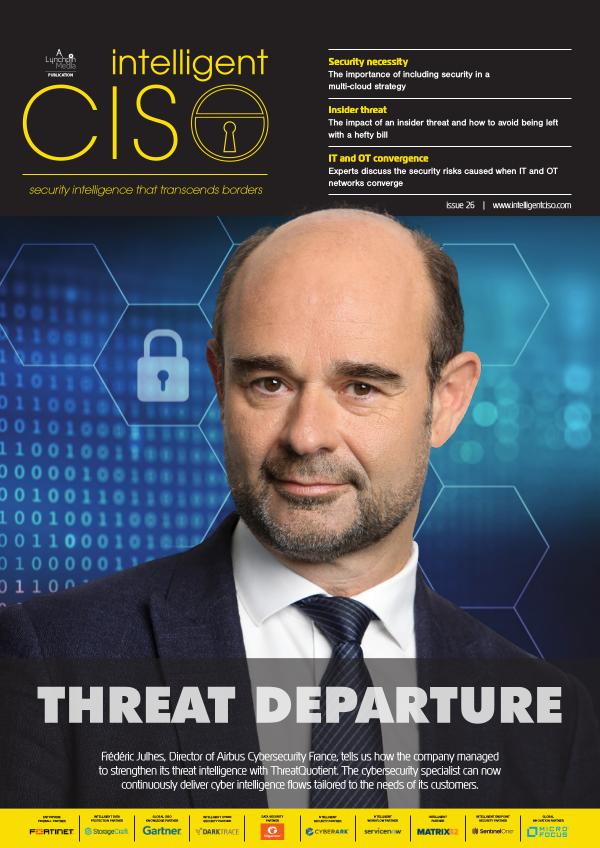