Honda has confirmed a cyberattack that brought parts of its global operations to a standstill. The company said in a statement to the BBC on Tuesday that the attack took place on the Honda network on an internal server and that the problem was affecting its ability to access its computer servers, use email and otherwise make use of its internal systems.

The statement also said that there was an impact on production systems outside of Japan and the company is working to minimise the impact.

A Tweet from Honda said Honda Customer Service and Honda Financial Services were experiencing technical difficulties and were unavailable.

Cath Goulding, CISO at Nominet, said:”Honda is no stranger to ransomware attacks, having had to stop production at one of its plants in 2017 in the wake of the WannaCry ransomware attack, potentially showing the cyberthreat faced by the automotive industry. It’s also important that we understand the significance of this type of attack on a wider ecosystem.

“As a manufacturer and with reports that production in Europe has been ground to a halt, Honda’s suppliers, partners and customers may well be impacted by the security incident. It also begs the question what data has been compromised and who it belongs to? This domino effect of a cyberbreach is a growing concern for organisations. When your output and operation rely on your IT infrastructure, compromise has more than financial implications, it also impacts relationships with suppliers, reputation and customer loyalty among other factors.”

Sam Curry, Chief Security Officer at Cybereason, said “With any cyberattack, the devil is in the details and that is certainly the case with Honda. Initial stories indicate Honda’s networks have been compromised as evidenced by reports of plants being shut down and incapacitated. Today, the harsh reality is that strategic ransomware attacks are on the rise and if the attackers are holding out for a hefty ransom they might have embedded themselves deeply enough inside Honda to create a challenge for remediation in the short term.

“It would be unfair to further speculate on this outcome but know that increasing security hygiene and rolling out security awareness training to employees is essential. Utilising threat hunting services around the clock will also increase the likelihood that companies which find themselves in the same spot at Honda down the road will be able to more effectively respond and reduce the downtime of networks and the overall operation of their company. Essentially, downtime means a loss in dollars.” 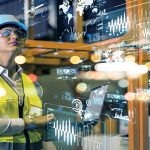 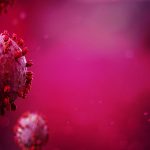