Microsoft unveils a key weapon in the fight against hackers

Hackers will now find it even harder to steal customer information from companies after Microsoft rolled out new security features in its UK data centres.

The technology firm announced that Azure SQL Threat Detection will send users an alert when their website is being attacked and suggest how to deal with the threat.

The feature, one of several Microsoft unveiled in its UK data centres on Wednesday, tackles SQL Injection attacks, which are some of the most common and dangerous known to online security experts. Hackers can use them to break into a website and steal or delete sensitive company and customer data.

Companies signed up to SQL Threat Detection will automatically receive an email in the event of a hack attempt. The email will provide information on the nature of the hack, the name of the database, server and application affected, and the time of the event. In addition, the email will recommend actions to take in order to investigate and mitigate threats.

“With just a few clicks, we successfully enabled SQL Threat Detection. A few weeks later, we received an email alert that ‘someone has logged on to our SQL server from an unusual location’. The alert was triggered as a result of unusual access from a new network to our production database for testing purposes. Knowing that we have the power of Microsoft behind us that automatically brings to light anomalies such as these gives Archroma incredible peace of mind, and thus allows us to focus on delivering a better service.

In September last year, Ciaran Martin, Chief Executive of the National Cyber Security Centre, said 65% of large UK companies had reported a breach of their online defences in the preceding 12 months.

“The great majority of cyber attacks are not terribly sophisticated, they can be defended against. And even if they get through, their impact can be contained. However, far too many of these basic attacks are getting through. And they are doing far too much damage. They’re damaging our major institutions,” he told the Billington Cyber Security Summit in Washington DC.

In addition, Azure Container Service (ACS) will be available in Microsoft’s two UK Azure regions, which will be the first in the world to feature Docker Swarm mode.

ACS lets developers create and run programs in isolation from the rest of his or her computer, using open source tools. Docker Swarm mode allows developers to run their programs on these “virtual machines” without having to do this manually.

With Azure Stream Analytics, users can study data from devices, websites, apps, social media and more. The scale and speed of, from a few kilobytes to a gigabyte or more of events processed per second, can be selected in Microsoft’s Azure portal.

Log Analytics, meanwhile, collects and monitors data from a company’s servers in their offices and those run by Microsoft. This allows users to detect and respond to issues quickly, as well as back up their files and automate certain tasks.

Developers can use Logic Apps to visually choose which business tasks he or she wants to program to perform automatically. It will also increase its performance if the workload rises, without any input from the user.

Graham Hill, Director of UK Commercial Markets Strategy Group at Microsoft, said: “These new services give Azure customers even more control over their data, giving them the power to grow their businesses and serve customers in a way that suits them. With security, flexibility and reliability, Microsoft’s UK data centres offer peace of mind for companies in any sector.”

These features are just the latest to be made available to companies using Microsoft’s data centres in the UK, which offer reliability and performance while keeping customers’ information in this country.

Everything you need to know about Microsoft’s cloud

Azure Automation saves time and increases the reliability of administration tasks that have to be conducted by businesses, such as checking whether they have exceeded the size of their online database or overseeing security measures.

For companies who want to move large amounts of data to the cloud, Microsoft will now pick up your hard drive, take it to their data centre and upload the contents to its high-speed, secure internal network. This is often faster, cheaper and more secure for organisations than moving data via an internet connection.

Microsoft opened its UK data centres in September last year. Since then, thousands of customers, including the Ministry of Defence, the Met Police, parts of the NHS and Centrica, have signed up to take advantage of the sites.

They can now use features such as Cyber Essentials PLUS, a UK government defined methodology to help service providers check their IT systems cyber security controls.

The cloud regions in the UK – Microsoft is the first global cloud provider to offer a complete and trusted cloud solution from data centres in this country – are now part of one the world’s largest online storage infrastructures, supported by more than 100 data centres globally. These hold over 30 trillion pieces of data and are backed by billions of dollars in investment since 1989. 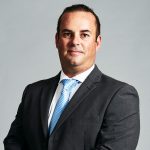 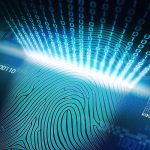